Showing posts from February, 2011
Show all

Welcome to yet another monthly edition of Film Faves!

Just to remind folks, Film Faves counts down my favorites in any movie topic.  It is not intended as a "Best of" list, rather simply an account of one's enjoyment and celebration of film.  Unlike those other lists you might find on other sites, Film Faves avoids the Honorable Mentions by listing a dozen favorites - and stops there.  Currently, Film Faves is going back in time, counting down my favorites of each year.

Let's get on with it.

If I were to pick a word that describes the year 1998, it would be: decent.  There are a lot of decent films from 1998: American History X, Armageddon, The Big Lebowski, Can't Hardly Wait, Ever After, The Faculty, The Opposite of Sex, Primary Colors, Rush Hour, and You've Got Mail come to mind.  None of them are great films, but none are crap either.  In fact, Armageddon was the highest-grossing film of the year.

Remember That Movie: Dances with Wolves 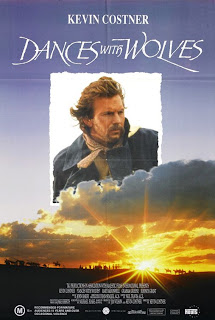 Nearly twenty-one years ago, Kevin Costner, then star of such films as The Untouchables and Field of Dreams, delivered his directorial debut, a sprawling epic western called Dances with Wolves. It was the movie event of 1990, garnering rave reviews, awards, and seemingly legitimizing Costner as both one of the great actors of the day and the most exciting new filmmakers.

How well has the film aged over the years?

In case you don’t remember, Dances with Wolves is the fictional story of Lt. John Dunbar (Costner), a Civil War Yankee soldier who, after a melodramatic incident of personal endangerment, is exiled to a post in the western frontier. The threat of attack by the natives, who are rumored to be brutal savages, looms over Dunbar and his solitude. He eventually meets members of the Sioux tribe and learns all the hullabaloo was for nothing; the Sioux are actually a peaceful, family-loving sort. The bridge between the two cultures is found in Stands with a Fist (Mary McDonnell), a wh…
Post a Comment
Read more >> 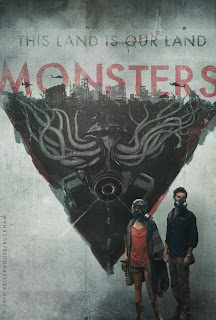 Imagine beings from space crash landed on Earth a few years ago and instead of immediately trying to blow them away, we decided to quarantine them to a certain portion of the country they happened to land on – any strays would be shot on site. Imagine if those beings were as big as skyscrapers and destroyed everything in their path. Now, imagine that country was Mexico and you had to make your way through the “infected” region in order to get back home.

This is the basic premise of Monsters, an indie sci-fi film by Gareth Edwards that is now on DVD. We are quickly introduced to Samantha (Whitney Able) and Andrew (Scoot McNairy). Andrew is a photojournalist who works for Sam’s father. He was sent on an errand to check on Sam. He soon finds himself having to escort Sam through the infected region, which is a real bummer because there’s just so much post-creature chaos in southern Mexico that he wishes he could photograph. He resents the position he’s put in, which makes him kind of a di…
Post a Comment
Read more >> 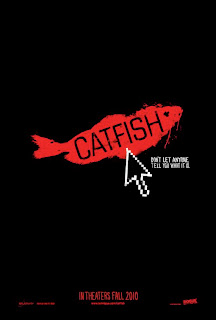 This month there has been a lot of talk about a certain film that details the creation of Facebook. There is another ‘Facebook film’, one that intends to inspire discussion about Facebook's users. I don’t feel many people outside film and critics circles are aware of this film, so I thought I’d take the opportunity of having recently seen it on DVD to spread the awareness to you.

Catfish, the documentary about a man’s online relationship with a family via Facebook, is difficult to talk about with anyone who hasn’t seen it. The film requires you to experience its events the first time along with the main character in order to enjoy it as fully as possible. If you go in fresh then Catfish will reward you with its roller-coaster experience. The only way that can happen is if you know next to nothing specific about the film.

This review will be purposely as vague as possible so as to avoid even hinting at anything that will rob you of the experience.

It’s nearly that time again. The Academy Awards are upon us, which means it’s time for me to post my picks for some of the awards that were announced last week. I’ve seen nearly all of this year’s nominees for Best Picture – The Fighter being the only exception (an improvement on last year’s four missed films).

Before I continue, I thought I’d point out that those who follow me on Facebook know that I made predictions for the Oscars way back in October. Those predictions can still be found in my Notes tab. While I certainly learned not to make predictions so early, I have to say I wasn’t too far off. I only got two of the ten Best Picture nominees wrong (I made a last-second decision to swap out The King’s Speech for Fair Game). For Best Actor, I couldn’t foresee Javier Bardem getting nominated even two weeks ago and Mark Ruffalo was nominated in a supporting role instead of lead, which makes sense in hindsight. Basically, I expected too much from Fair Game and The Town and was way of…
Post a Comment
Read more >>
More posts